Impossible Skinny Apple Pie Cupcakes are a healthy, easy apple dessert recipe for fall baking season. These cupcakes are great for a Halloween party and on the Thanksgiving dinner table, too. If you’re looking for a treat with low calories, you’ve found yourself a keeper! 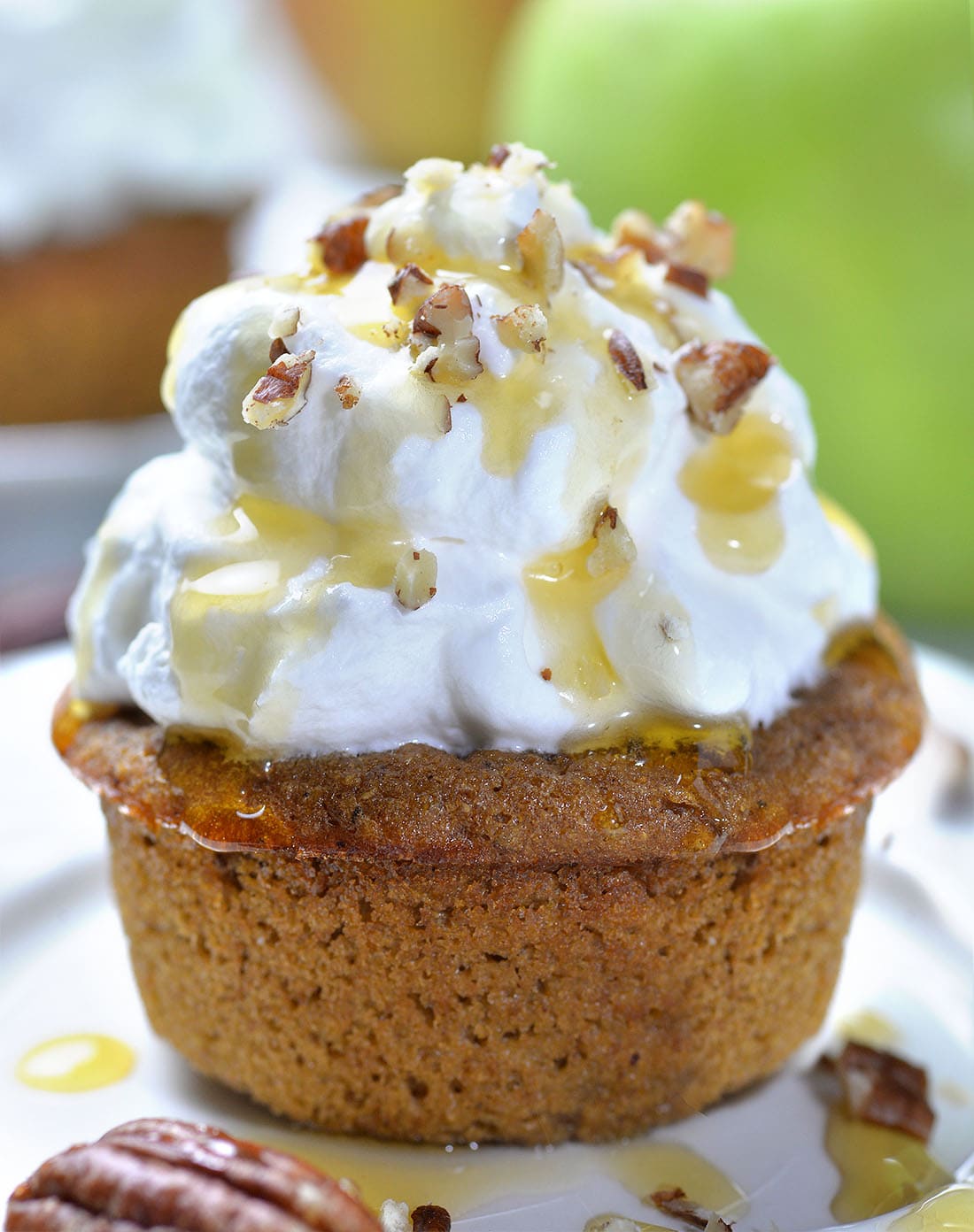 If you like ooey-gooey impossible pumpkin pie cupcakes, you should try this apple version.

Healthy, skinny, clean eating dessert is something you should make for your family, especially if you have kids. You should take care of health and clean eating habits. But that doesn’t mean that you can’t have delicious dessert that’s healthy at the same time.

When it comes to fall baking, I’m always more in the mod for delicious apple treat than for pumpkin dessert.  Therefore, I decided to turn my OMG Pumpkin Pie Cupcakes into delicious Skinny Impossible Apple Pie Cupcakes.

Apple Pie Cupcakes Made with Applesauce

First, I made a batch of impossible apple pie cupcakes following completely my pumpkin pie cupcakes recipe. I just replaced pumpkin puree with unsweetened apple sauce and added cinnamon in place of pumpkin pie spice. These cupcakes turned out great. I was very satisfied with their taste and texture, too. 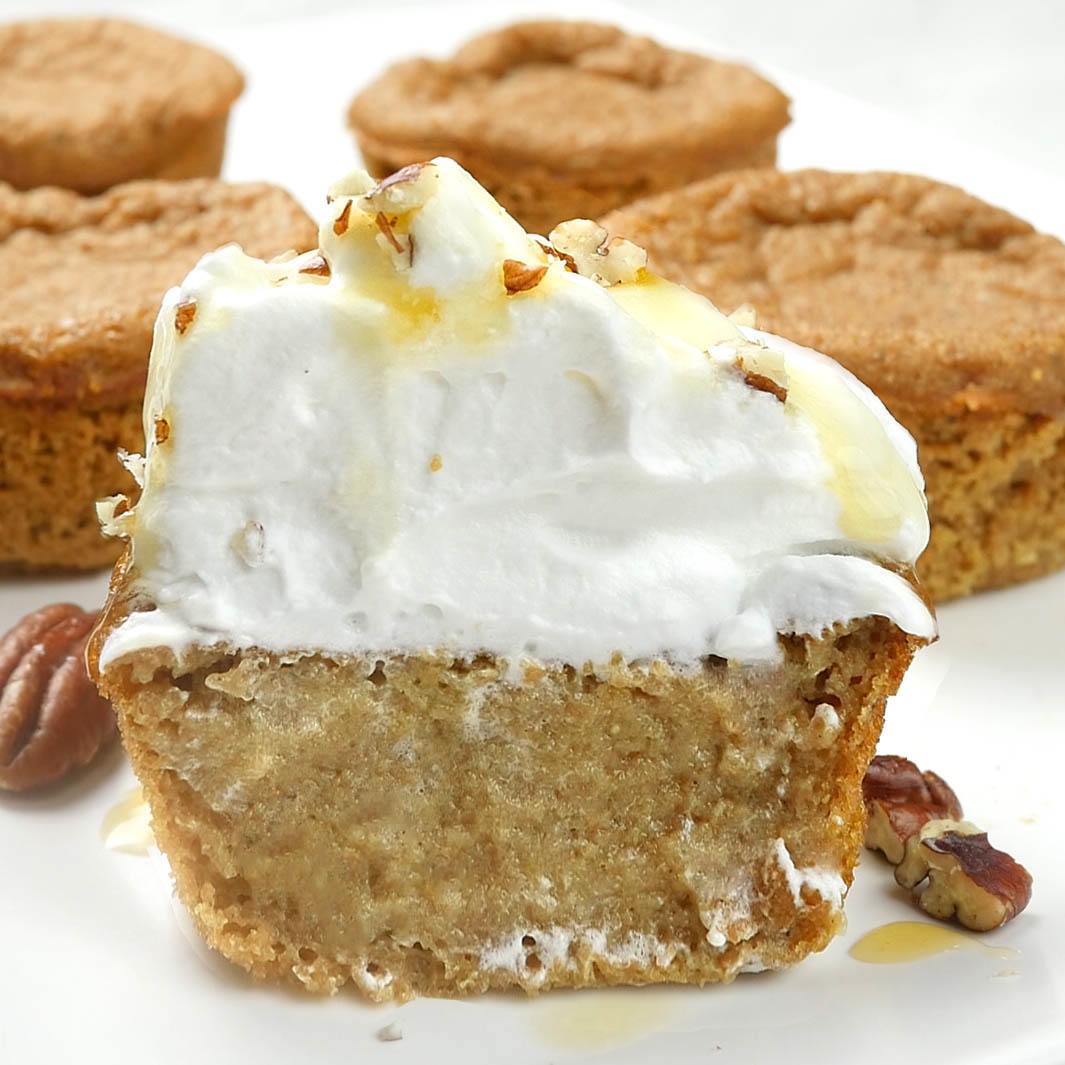 But a few minutes later, an interesting idea came to my mind. I should turn these cupcakes into a healthy dessert. I was curious to see how it will all turn out in the end.

And I was in a win-win situation. Skinny Impossible Apple Pie Cupcakes are tasty, but also a very healthy dessert as well.

If you take care of your health or you are on a diet, these Skinny Impossible Apple Pie Cupcakes are perfect solution. It’s a clean eating type of dessert. 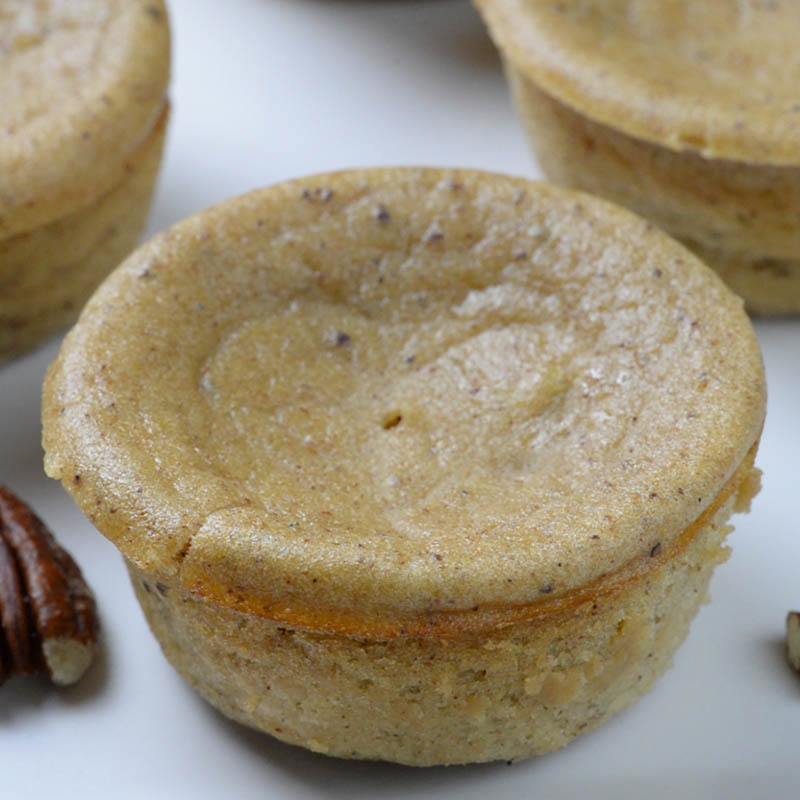 To sum things up, I tried Impossible Apple Pie Cupcakes with regular ingredients (all-purpose flour, light brown sugar and evaporated milk). After that, I made the skinny version with whole wheat flour, almond milk and organic coconut sugar. Both were very delicious!!!

Of course, they have some different, but more in texture than in taste. The first ones were sweeter and the texture was more like a custard. Second batch with whole wheat flour has a bit airy and chewy texture, comparing to the first one. But they were also very delicious and like classic impossible pies.

Finally, it’s your choice. Whether you make regular or Skinny Impossible Apple Pie Cupcakes, I think you’ll love them.

Impossible Skinny Apple Pie Cupcakes are a healthy, easy apple dessert recipe for fall baking season. These cupcakes are great for a Halloween party and on the Thanksgiving dinner table, too. If you’re looking for a treat with low calories, you’ve found yourself a keeper!

You can use all purpose flour instead whole wheat, light brown sugar instead of coconut sugar and evaporated milk in place of almond milk.

These look great. Do you know the nutritional infortmation?

Thanks Joanne 🙂
Sorry, I don’t have that info.

I was uneasy about how liquid my batter was, so added half a cup of quick cooking oatmeal flakes. I shared it with our neighbours in the next boat to us, and she enjoyed it too. The guys haven’t had breakfast yet. ?