Tired of having to go out and buy donuts for breakfast? Try these homemade Lemon Glazed Chocolate Donuts! These bite-sized treats are so addicting, and you won’t even believe how easy they are to make! Everybody needs a good chocolate donut once in a while. 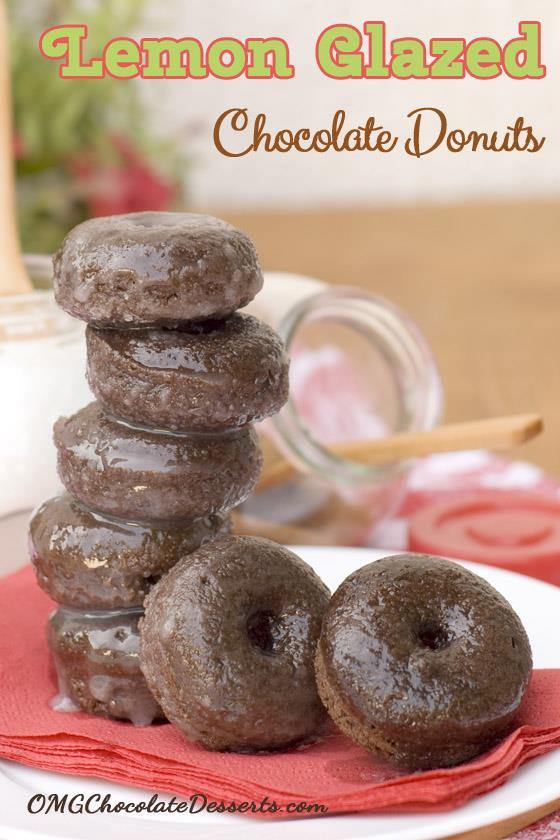 How to Make Homemade Donuts:

A few days ago while I was rummaging through my kitchen utensils, I found gorgeous mini donut mold I’d bought God knows when! To my utter surprise, I realized that the mold were brand-new. “That’s not how we are gonna play! It’s high time you showed me what you got! “— I was literally threatening to those poor little tins. And Viola, the first thing that came to my mind was— cute mini chocolate donuts!

A few seconds later the initial excitement subdued and a great panic ensued! On the second thought, when was the last time I even tried to make donuts? My roomies replaced this tasty delicacy with such modern chocolate desserts as chocolate cheesecake, brownies and stuff like that a long time ago. But, who gives a damn about all that! Mini chocolate donuts are Today’s absolute winners. I recalled that a while ago I saved some fabulous recipes for chocolate donuts on my Pinterest Board.  No more than a few minutes later I found the very recipe I had in mind – Glazed Chocolate Donuts from Buns in My Oven! Absolutely perfect!

Thus the mixture was ready in a no time, so I decided to experiment a bit with the glaze! Instead of going with the original one from the recipe I decided on a simple lemon glaze. I decided to let them be and see what happens! And here they were!  The juicy lemon gave my sweet, little chocolate donuts that shiny glaze. Really yummy!

If you are wondering now how they tasted, the comment of one of my chocoholics will help you get a better picture: “I wonder why on Earth we haven’t made donuts sooner!” 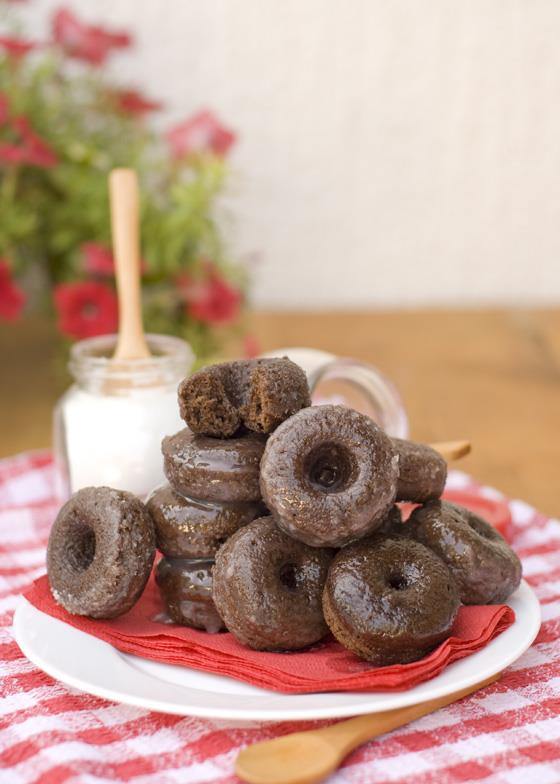 Tired of having to go out and buy donuts for breakfast? Try these homemade Lemon Glazed Chocolate Donuts! These bite-sized treats are so addicting, and you won’t even believe how easy they are to make! Everybody needs a good chocolate donut once in a while.

Ingredients for the donuts:

Ingredients for the lemon glaze:

We are obsessed with our donut pan right now. I will have to try this one out.

Thanks Jennifer.
I also check your blog, and found out that you have so many delicious recipes.