Vanilla Magic Custard Cupcakes are melt-in-your-mouth, light, soft, and creamy, triple-layer vanilla cupcakes topped with whipped cream. If you like Vanilla Magic Custard Cake, then you have to try these magic cupcakes. They have a dense custard-like bottom, creamy vanilla pudding center, and fluffy sponge layer on top, and as a bonus a dollop of whipped cream on top. 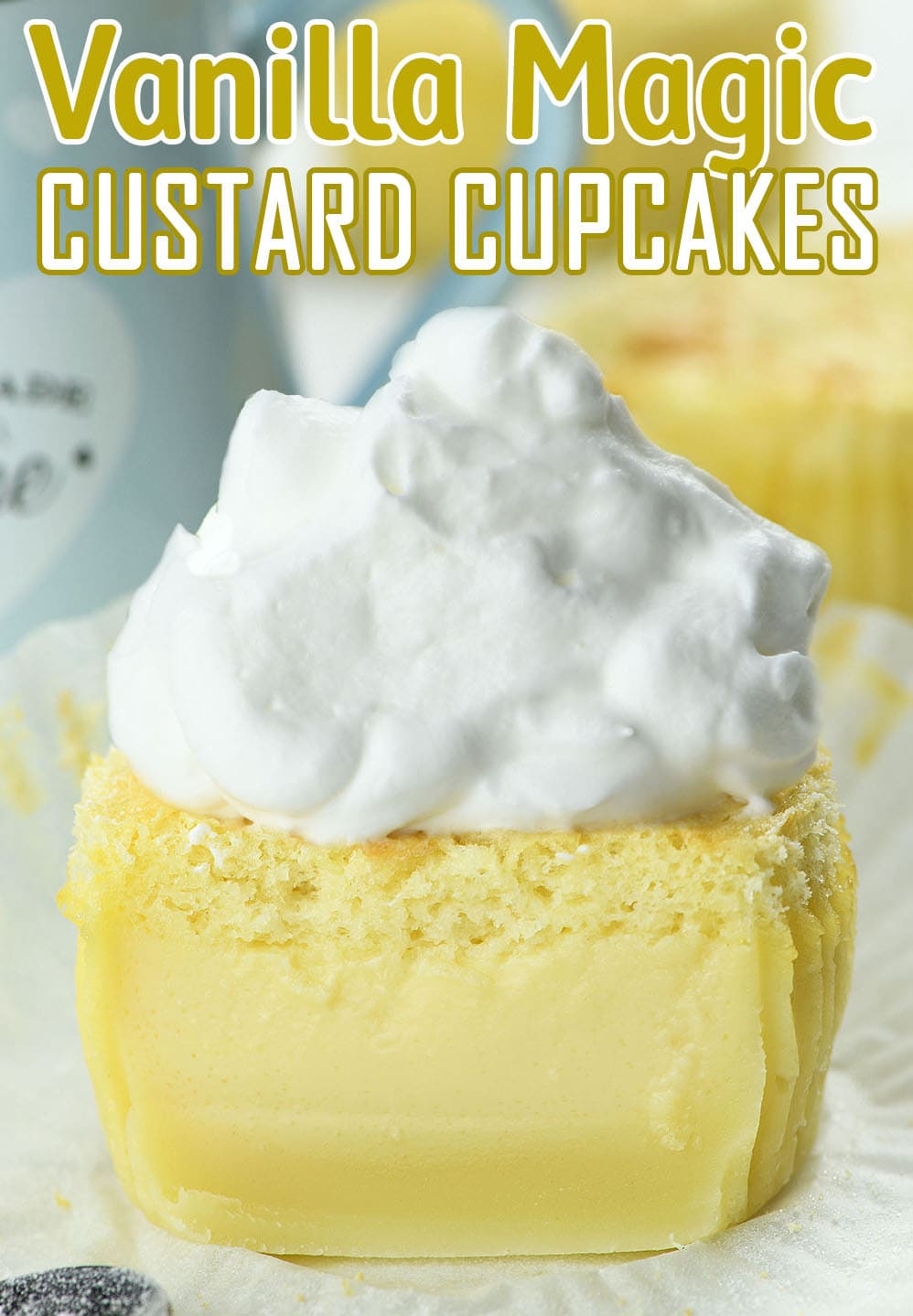 Vanilla Magic Custard Cake and Easy Banana Magic Cake are among the most popular recipes here on my blog. These cakes are not called ‘magic’ for no reason. When you mix together a few simple ingredients: eggs, sugar, flour, butter, and milk, then pour the mixture into the baking dish and place it in the oven, the real magic starts!

While baking in the oven this mixture is separating and forms three layers. Yes, you understand well. You make one batter and get a quick, easy, and delicious 3-layer cake.

During all these years since the recipes were posted on the blog, there have been a lot of questions about whether the recipe can be doubled and bake in a 9×13 baking dish. Also many of you have asked can be baked as a cupcake. To tell the truth, I was curious about the same question: ‘Would this recipe works for cupcakes?’ 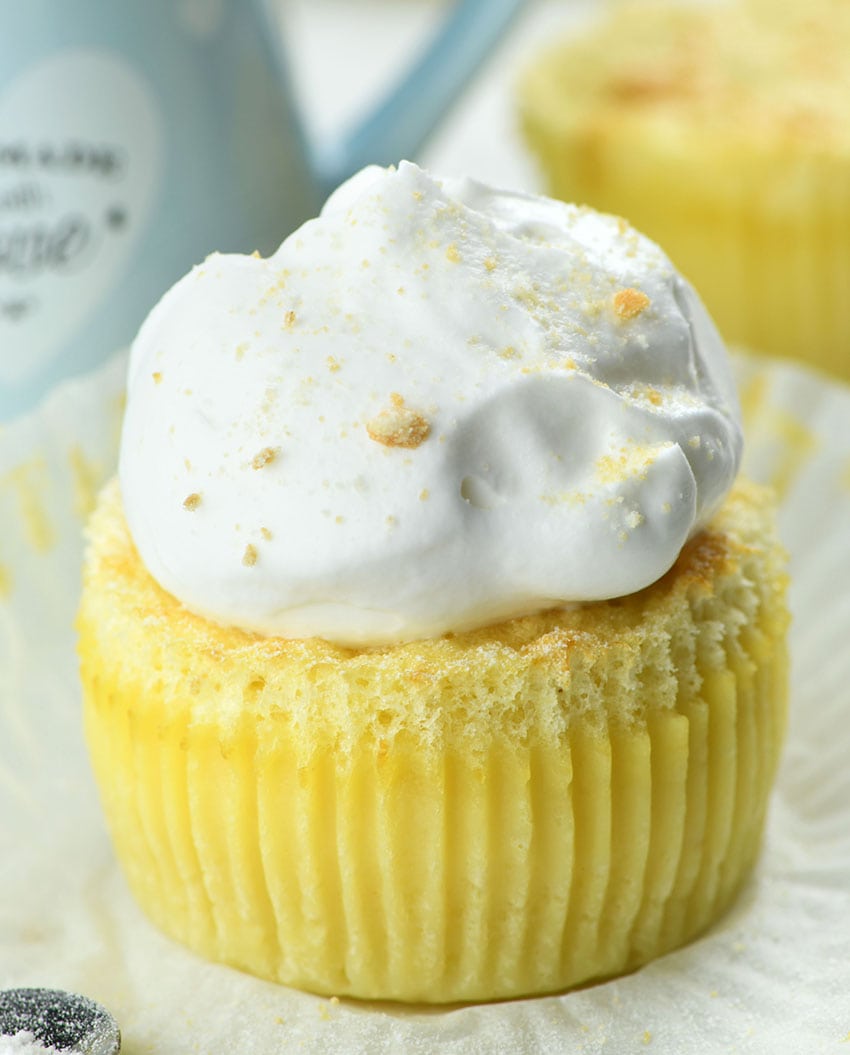 However, there was only one way to find out. I made the mixture and divide the batter into cupcake paper liners. Then, I made a little test. I baked six in a cupcake pan lined with paper liners and six in greased cupcake pan without the liners.

My main doubt was would the cupcakes baked in paper liners be able to peel nicely since they are very soft and tender with jiggly custard in the center. On the other hand, I was concerned, if I bake them in the greased pan. Would they stick to the pan and break when I try to take them out.

Both final results are very satisfying. But I liked more the ones baked in paper liners. The ones baked in greased pan stuck a little and had to run a thin knife around the cupcakes to help them loose from the pan.

Also, I was wondering if I don’t bake them long enough, they won’t get out from the pan without breaking apart. After all, the main trick with these magic custard cakes is to guess the right baking time. If you don’t bake them long enough, the center stays runny and you can’t cut the slices. And if you bake them too long, the middle layer sets too much and turned out dense like the bottom layer, so you’ll end up with two cake layers instead of three.

However, my little experiment went just fine. I was very satisfied with these vanilla magic custard cupcakes. And adding a dollop of whipped cream on top really compliments the flavor.

Try, and please let me know your impressions.

Your recipe looks so delicious?

What is the capacity of the cup?
I wannna try it!! ☺️
Thank you for Your posting!!

I select the recipes I want to try during a month and unfortunately although I have been interested in several of your unfortunately you don’t all the option to print the picture when printing the recipe to add to my folder of new recipes for the month.