Apple Pie Cinnamon Rolls – soft and moist cinnamon rolls with apple pie filling are the perfect breakfast for fall, or any time of year, really. Sweet apples pair beautifully with cinnamon and a homemade glaze! These breakfast pastries are a real treat! 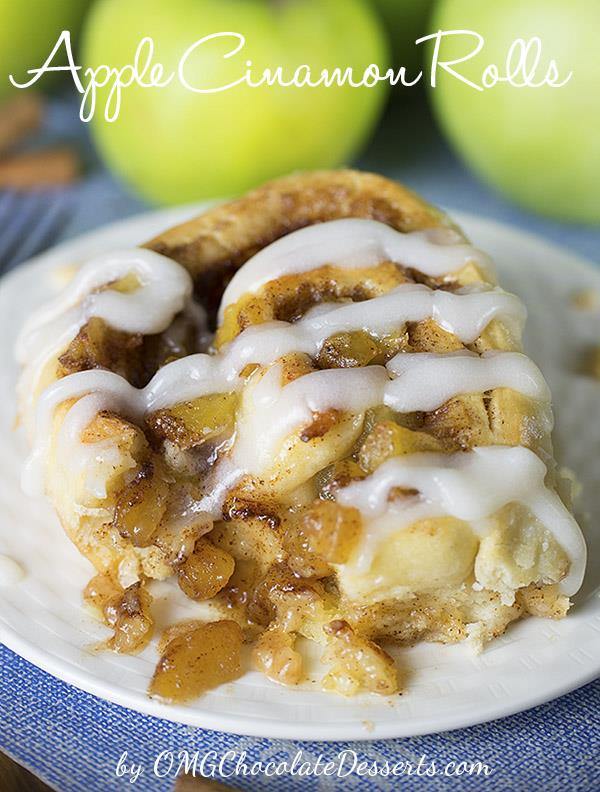 Can you imagine a better start to the day than the smell of cinnamon, brown sugar and apples which is spreading from the oven and simply luring you from the bed? Of course, there are not many people who would resist this kind of pleasure, but for Apple Pie Cinnamon Rolls to be waiting in the morning, the “housewife” would have to get up really early. And here’s why!

You need time to make the dough and then you have to wait two hours for it to rise for the first time, and in the meantime, you have to make the filling and then you have to wait an additional hour an a half or two for them to rise a second time. And plus half an our for them to be baked. And if you are a blogger besides all that, and want to make a post for your blog, there is the additional time for making a few quality photos.

All in all when I counted the time necessary, there was NO WAY that my husband and son were to enjoy Apple Cinnamon Rolls for breakfast 🙂 Non the less, the decision was made and it wouldn’t be the first time that my husband gets dessert instead of lunch. Well, it’s his fault he married a food blogger 🙂 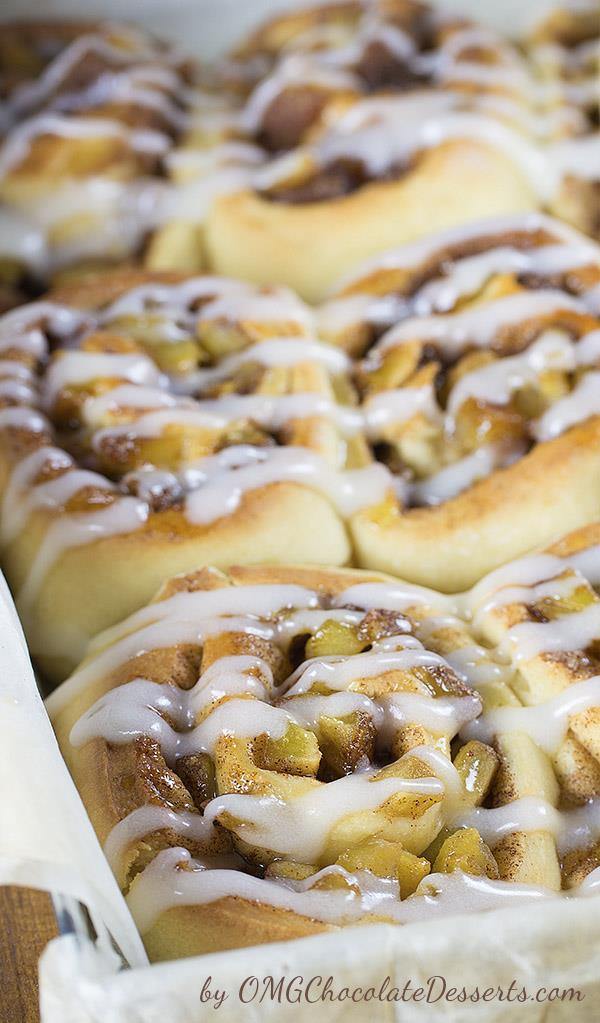 How to Make Cinnamon Rolls:

Of all the recipes on the Internet the one from Hopeless Housewife caught my attention  because it’s the one of those unbeatable “grandma’s” recipes. And, as in many old recipes, one of the ingredients is scald milk. That made me curious.

Is it really necessary? Or is it just one of the boring extra steps without any real function in the recipe? First I thought that everything had to be done some long time ago when you couldn’t get pasteurized milk in the shop, simply for health reasons, in order to kill those evil  bacteria.

But, when I made the investigation on the internet, I found out that there is a whole science behind it. And here is the explanation: The whey protein in milk can weaken gluten and prevent the dough from rising properly. Scalding the milk deactivates the protein so this doesn’t happen. 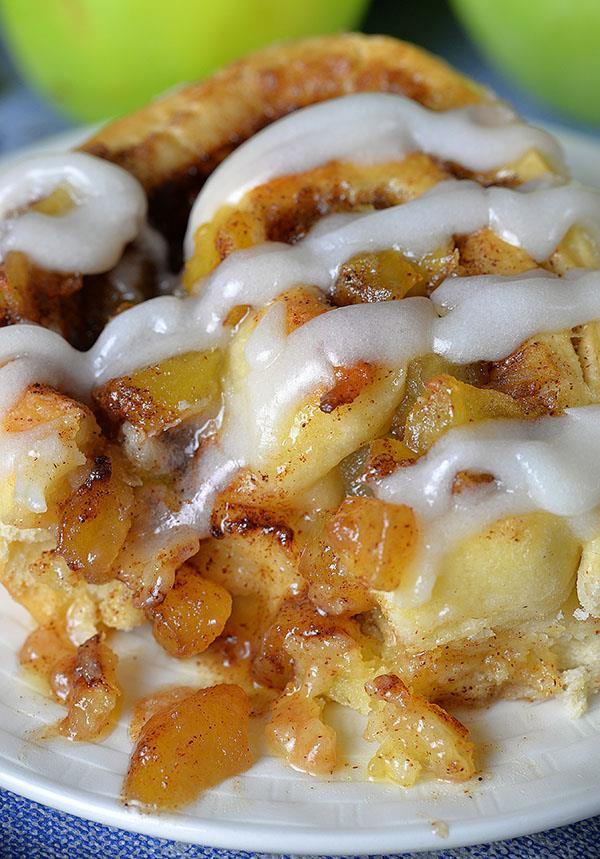 A tasty warm Apple Pie Cinnamon Rolls with cream cheese glaze is really a perfect autumn breakfast (or lunch in our case 😉 ).

Apple Pie Cinnamon Rolls – soft and moist cinnamon rolls with apple pie filling are the perfect breakfast for fall, or any time of year, really. Sweet apples pair beautifully with cinnamon and a homemade glaze! These breakfast pastries are a real treat!

Adapted from The Hopeless Housewife

Oh my gosh this looks so delicious I’m drooling over my keyboard! have to make this ASAP!

Oh my! Need to try these.

Oh this looks amazing! Do you know if I can freeze them? Would I freeze them before or after baking them? Also wondering how many days in advance I can get away with making them and still have them tasting fresh? I am SO excited to make these!!!!

Hi Alicia, freeze them after baking.

I tried this recipe and the dough doant seem to rise and it’s very floury with 4 cups before I let it sit to rise.

These take some work but are definitely worth it!!! With the pandemic, I missed my hot cinnamon rolls and made 3 different recipes I found online. These are hands down my favorite!!! So much that I had my local bakery try this recipe and they agreed! Well done!!